Short Bio:  William Barrington-Binns is an International Award Winning Photographer, PPAC ambassador, 2018 competition judge and Phase One ambassador. He divides his time between his Bangkok-based studios and the UK. His creative photography is influenced by his deep rooted love of South East Asia, with an avant-garde twist from his European background. His work has been recognised and rewarded by the photographic industry attaining; Associate of the Royal Photographic Society, Associate of the Master Photography Association and Associate of The British Institute of Professional Photographers in 2017.He is a passionate advocate of universal education and is proactive in sharing his experience and knowledge.He is an activist for gender and ethnicity equality.

In 2017 William literally swept the board at the PPAC International photo awards winning the prestigious Platinum Grand Award, a Gold distinction award (1st place creative portraiture), a further six gold, four silver and four bronze awards. He is in the top ten PPAC International Photographers Series. He followed this up by winning 2nd place Honour of Distinction at the Asia World Photography Awards. (APA)

In the UK his images for “En Route” Hair & Beauty reached the final of the prestigious British Hair Awards (North West region). William also travelled to Taiwan to shoot a fashion editorial for a local designer and completed a number of personal projects including a fine art shoot with Zara Watson and a series of couture images for Jon Harris Couture Design 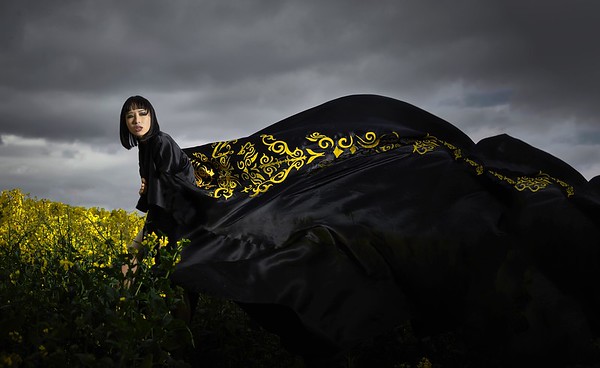 His work has featured on the covers of international magazines including a seven page spread in Promo magazine NYC, an in-depth feature in L’Oeil de la Photographie and This! Magazine who have honoured him with several awards including Editorial, Fine Art Publications and Best of Colour Publications. Behind the scenes videos can be found on the prestigious F Stoppers and Fashion World websites. William has been featured twice as the “Photographer of the week” on the One Eyeland photographic website.

Notable milestones in William’s career have been the work he produced for two American designers; international couture label Sabina Saga of New York and the 3D fashion designer Laura Taka Taka based in Chicago. An ambassador for Phase One, William’s images, shot exclusively with Phase One’s Schneider Kreuznach Blue Ring lenses, have been included in their promotional material and on their website. His images have regularly featured in the Photix lighting company’s marketing campaigns. In the summer of 2017 he partnered with Phase One dealer Direct Digital Imaging to host a fashion and landscape workshop in the Lake District with the international designer House of Radha Couture. November saw him demonstrating the new Trichromatic and Achromatic backs for Phase One creating dramatic images of multicoloured kimonos.

2018 sees William expanding his portfolio with more fine art shoots and a commission for an album cover and being part of the judging panel for the PPAC Awards. He describes this as both a huge honour and a heavy responsibility. He says “I have been amazed and impressed by the quality of work entered” He was awarded Master of Photography status in May by the Master Photographers International Organisation. William says he is on a journey, in a short space of time he has come a very long way.